What Are Poppy Seeds?

Poppy Seeds are from a colorful annual flower. They have a nutty flavor that European, Indian and Middle Eastern cooks, and others from around the world, love for their crunchiness. Slate-blue seeds are favored by European cooks especially for baked goods - pastries, muffins, bagels, breads; beige seeds by Indian cooks, and brown seeds by Middle Eastern cooks. Toast or dry roast the seeds to bring out the best flavor. There are close to a million seeds in one pound of this spice.

Like Sesame Seeds, Poppy Seeds have an high oil content, and are one of the few spices that can actually go bad (bitter, rancid). Buy smaller quantities from a reputable merchant, and replace within six months of purchase. Keep seeds in an airtight container in a cool dark place (your refrigerator). Rancid poppy seeds can ruin your recipe. 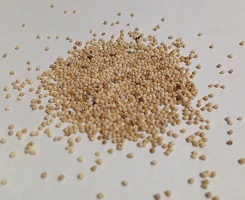 What is the Origin of Poppy Seeds?

They are indigenous to the Middle East; and, cultivated and grown in Argentina, Holland, Iran, Poland, Romania, Russia, and Turkey.

Poppy Seeds Are Good For These Foods: 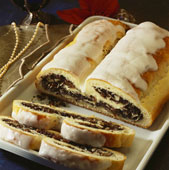 What Are The Health Benefits of Poppy Seeds?

They can be steeped and drank as a tisane or infusion; and, this drink is believed to help relieve earaches and toothaches. Return to List of Spices - Herbs from Poppy Seeds Return to WikiSpices.com Home Page from Poppy Seeds