French cuisine is renowned for its herbs blends of Bouquet Garni, Fines Herbes and Herbes de Provence.  Each of these mixtures features herbs from France’s southern region.

Besides herbs, French cuisine is primarily about provincial specialties, cooking techniques, and sauces.

When visiting France you'll want to savor the rich brew of an authentic Bouillabaisse stocked with Mediterranean fish, the simmering deliciousness of a cassoulet, the puffy airiness of quenelle de brochet, and the buttery goodness of crisp crepes, kouign amann, and cannellé.


Food travels through France should be all about the local and provincial fares of its twenty-two regions, with all of their individual nuances and specialties,  wherein the roots of French cuisine are based. 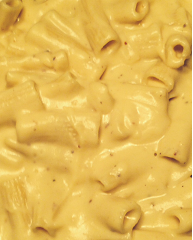 Numerous secondary sauces can be developed from these five.  Also, now-a-days there are many varieties of sauces being made using fruit, nuts, seeds and vegetables as thickeners; however, within French cuisine, the five Mother Sauces still reign supreme.


Reducing or cooking down liquids from foods like raw tomatoes will result in a sauce; but, most liquids need some help in thickening.  This is where roux comes in.  Roux is a mixture of flour and fat, usually butter, cooked briefly to remove the pasty taste of the flour.  For some southern dishes roux is cooked much longer until it acquires a nutty taste and is medium to dark brown in color.  Liquid to be thickened is added to the roux and boiled until it becomes a sauce.

Aioli - A garlic flavored mayonnaise (Hollandaise secondary sauce) popular in Provence, in the south of France as an accompaniment to seafood and vegetables.

Bain-marie - Water bath.  Cooking technique where a food container is placed in a roasting pan or baking dish that is partially filled with boiling water.  Allows food like custards to cook more slowly and not be subjected to direct high heat.

Béchamel - One of the five classic “Mother Sauces” used in French cuisine.  It is a bland white sauce made with milk and roux, and flavored with bay leaves, nutmeg, white pepper and sometimes onion.

Beurre Blanc - Thick buttery sauce made by whisking cold butter into a reduction of  white wine, vinegar and shallots.  Served with poached fish.

Beurre Manie - Equal parts of butter and flour mixed together and used as a thickener for  casseroles, soups and stews

Bouillabaisse - “To boil, to reduce.”  Mediterrannean seafood soup entrée popular in the south of France.  1980 The Charter of Bouillabaisse - protects both the dish’s integrity of using rockfish, St. Peter’s fish - Tilapia, monkfish, red mullet, conger eel; and, its serving ritual (filleting the fish tableside and serving it separate from the soup) 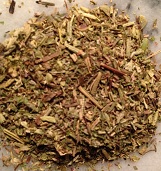 Brule - Burn food to caramelize the sugars on its surface

Canapé - Appetizer. Small slice of bread or a biscuit base supporting a flavored topping like caviar or pâté.

Cassoulet - Hearty stew/dish of sausages, duck confit, pork and white beans cooked for hours in a cassole (earthenware/clay deep dish made to withstand the heat from hours/days of cooking).  Best versions are cooked and cooled 2-3 times before serving

Confit:  Poultry or meat cooked and stored in its own fat (e.g., Duck confit)

Clarified butter: Ghee (in Indian cooking). Butter with no milk solids. Can be heated to a higher temperature without burning.  Great for sautéing.

Compote - Dessert of fruit stewed in a sugary syrup

Consommé - Clear soup made with egg whites and flavored, and simmered to allow solids to be skimmed off.

Crème Brulée: A rich egg custard made with vanilla bean.  The sugared top is fired so that it melts into a crispy caramelized crust.

Croquette - Ground cooked fish, meat, or poultry formed into balls or patties, and coated with breading before being cooked

Deglaze (deglacer) - Technique for making a pan sauce.  Liquid, usually wine, is added to the meat pan in order to pick up the meat bits that have caramelized on the pan’s bottom.

Espagnole - One of five “Mother Sauces.“  Basic brown sauce.  Made of beef or veal stock, tomato puree, and browned mirepoix; all thickened with a dark brown roux. 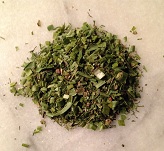 Foie Gras - The fattened liver of a duck or goose

Flambé - Cooking technique.  Alcohol, usually brandy, is added to a dish and ignited

Fricassee - Poultry or meat stew in a white sauce

Galettes - Crepes made with buckwheat flour which lacks gluten

Herbes de Provence - Generic name for herbs grown in France’s southern region of Provence; now grouped and referred to as a blend usually comprised of rosemary, thyme, oregano, savory, marjoram, basil, and other herbs like tarragon that are most likely acquired from countries other than France.  American blends usually include lavender which is not widely used in traditional French cooking. 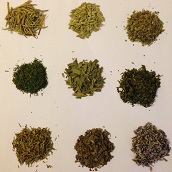 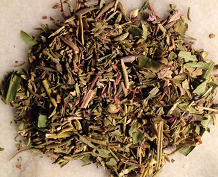 Hollandaise - Primary “Mother Sauce” not thickened by a roux. Thickened by an emulsion of egg yolk and melted butter

Jardinière - Similar to Julienne but the pieces are thicker

Jus - Juice or sauce made by diluting pan juices, reducing/boiling them until all the pan scrapings have been absorbed into the stock.  Also a clear or thickened brown stock.

Marinade - Liquid (wine, oil) flavored with herbs and spices used to soak and season meat, poultry and other foods

Marmite - Covered earthenware pot for soup.  Made to withstand long hours of hot cooking, and is used also as a serving container

Mayonnaise - A cold, emulsified sauce made with oil, egg yolk and sometimes a little mustard

Omelet - Egg entree made with beaten eggs and seasonings.  Served plain or with fillings

Pâté -  Minced seasoned meat or fish baked in a mold 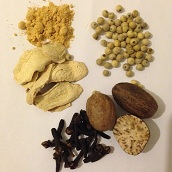 Roux - Mixture of butter and flour, cooked together, and used as a thickener

Tomato Sauce - One of five “Mother Sauces.“  Made by cooking tomatoes down into a thick sauce.  Traditionally was thickened with roux and flavored with pork and aromatic vegetables

Veloute -  One of five “Mother Sauces.”  Made from butter, flour, cream and stock

Viennoiserie - Breads and pastries that are made with laminated (layered) dough like croissants, danish, kouign amann

Have something to say about what you just read? Leave me a comment in the box below.
© 2011-2015 WikiSpices.com All Rights Reserved. Unauthorized Use Prohibited. Privacy Policy - Trademarks - Limited Right To Use. The information contained in this website is not a substitute for medical advice or treatment. Consultation with your doctor or health care professional is recommended.