India food spices and herbs include:

Masalas - a myriad number of seasoning blends consisting of a combination of ground and whole spices and herbs. Most Indian dishes, like curries, are flavored with these mixtures. Curry is the finished dish which is made with ingredients including masalas. 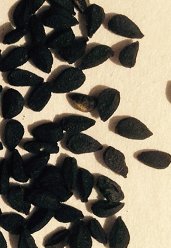 India's Cuisine is One of Contrasts:

Cultural, religious, and social customs prevail in the foods cooked up in this vast country of contrasts. Spices and herbs are used generously and help create a tasty memorable dining experience for all who partake.

Meats (primarily goat, lamb, chicken) are incorporated in the dishes of northern India, whereas, many dishes in the south reflect a largely vegetarian diet including legumes. India’s varied cuisine can be categorized, broadly, by its geographical regions: northern, southern, eastern and western. 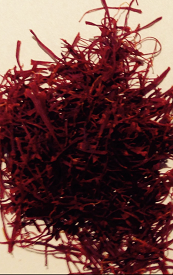 Northern India, including the states of Kashmir and Punjab, is known for rich spicy flavors, especially its garam masalas which are of many variations. Cayenne, coriander, cumin, fenugreek, are the dominate flavors, with hints of onion, ginger, and garlic. The tandoori cooking style is unique to Punjab. Kashmir supplies the country’s best saffron.

Southern India, including the states of Karnataka, Kerala, and Tamil Nadu, has very spicy fare that generously incorporates the flavors of coconut (dried, fresh, or milk), tamarind, cinnamon, chilies, peanuts and curry leaves. Vindaloo (a hot spicy Goan dish), and Dal (legumes and spices) and Dosas (lentils and rice cakes) are some of the more generally similar foods.

Eastern India, including the states of West Bengal, Sikkim and Assam is known for foods that are rather flavorful. Cooks enjoy using spices, especially mustard seeds, to flavor broths, fish, meats, rice and other foods dominant in the region.

Western India, including the states of Gujarat and Maharashtra is known for a wide contrast in its foods. The state of Gujarat is almost totally vegetarian with a heavy emphasis on chilies, coconuts and ginger root; and for religious reasons, onion and garlic are forbidden ingredients. In the other states, caste and religion dictate whether meats and certain food items are used. In Maharashtra there is a strong emphasis on cooking with coconut, curry leaves, whole mustard seeds, and fish. Bommaloe Macchli (Bombay duck) is a dried fish that serves as a snack food and is added to curries as a flavoring.

Return to List of Spices - Herbs from Indian Food Spices

[?]Subscribe To This Site
© 2011-2015 WikiSpices.com All Rights Reserved. Unauthorized Use Prohibited. Privacy Policy - Trademarks - Limited Right To Use. The information contained in this website is not a substitute for medical advice or treatment. Consultation with your doctor or health care professional is recommended.